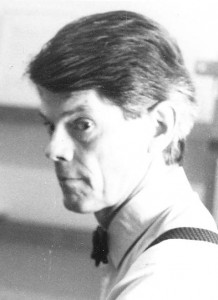 The Alexander Technique has been Ron Dennis’s second career, the first being in music teaching and performance, notably as Principal Clarinet of The Saint Paul Chamber Orchestra from 1969–1977. It was in this period that he had the first of many Alexander lessons with Goddard Binkley beginning in November 1972. During this time he also met and had a lesson with Frank Pierce Jones, as well as spending time with Marjorie Barstow in 1975.

Becoming gradually convinced that his calling was in Alexander, he departed the orchestra in 1977––at first on leave and then permanently––to train under Judith Leibowitz at the American Center for the Alexander Technique in New York City, where he was certified in December 1979. The next decade was spent in close affiliation with the Center as Board Member, Board Chair, Assistant and Senior Faculty, and, beginning in 1987, as Executive Director. In this latter capacity, he guided the Center’s Training Program to full accreditation under the Accrediting Council for Continuing Education and Training, and also to New York State accreditation, which statuses made trainees eligible for federal student aid as well as foreign student visas.

From 1980 onwards he taught privately and also offered group lessons––among the first offered publicly in New York––at the Hebrew Arts School (now the Elaine Kaufman Cultural Arts Center), the Swedish (massage) Institute, and Teachers College Columbia University, where he took his doctorate in 1987 with the dissertation Musical Performance and Respiratory Function in Wind Players: Effects of the Alexander Technique of Musculoskeletal Education. He also established, edited, and over four years brought out 13 issues of The Alexandrian, the first Alexander periodical in this country, published by the American Center. He and the late Lorna Faraldi were the first Alexander teachers appointed to teach in the Music Division of The Juilliard School, where he served from 1982–1990.

Since moving to Atlanta in 1990, he has devoted his professional time to private practice and writing, as well as being active in AmSAT, the American Society for the Alexander Technique. His research paper of 1999 on balance in normal older women (Journal of Gerontology), the first controlled study with “Alexander Technique” in the title to enter the Index Medicus, placed the Technique in the global world of scientific research.